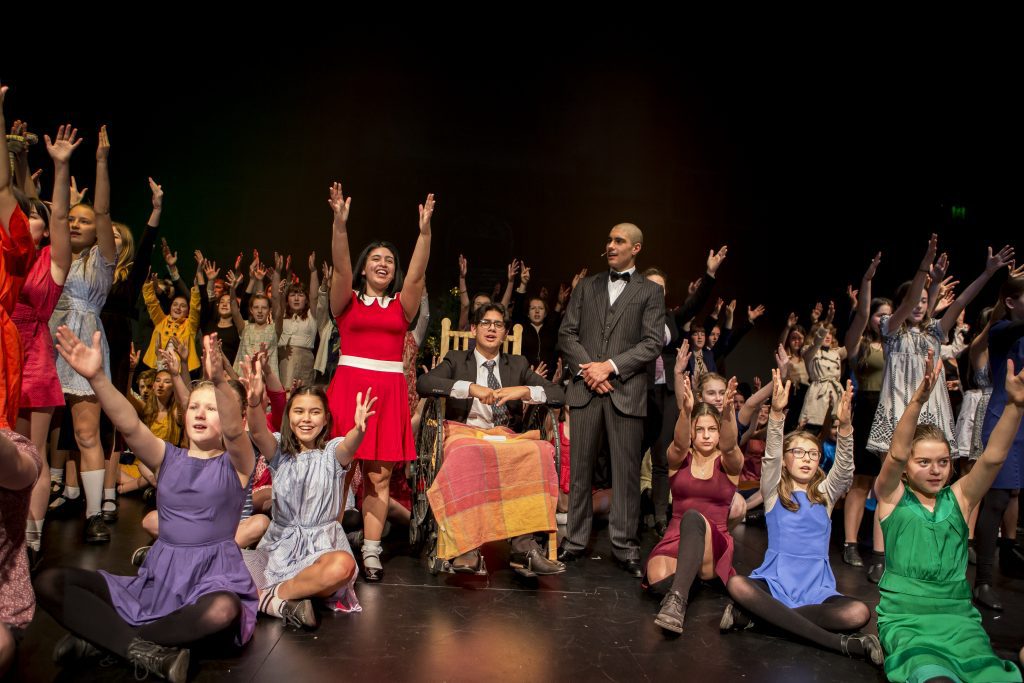 To enhance our curriculum drama subjects, students can participate in our annual school production.

In 2019, we showcased the outstanding talents of our students in the new Performing Arts Centre, with eight sold out performances of Annie.

The Olver Hall was transformed as the cast and crew took the audience on a journey through literary, mythological and pop culture references with a sense of humour and pathos, all the while retaining genuine humanity and exploring love, loneliness and connection in their many forms.

A number of our students have gone on to study at highly respected performing arts academies, both in Australia and overseas.

Past student achievements include receiving the Premier’s Award for Excellence in Multicultural Arts; being shortlisted for the VCE Top Acts; directing and acting in film, television and theatre productions; curating film festivals; and success as professional musicians. For more information about the achievements of our past students, see Alumni.

Help us fund programs and new school spaces and resources.